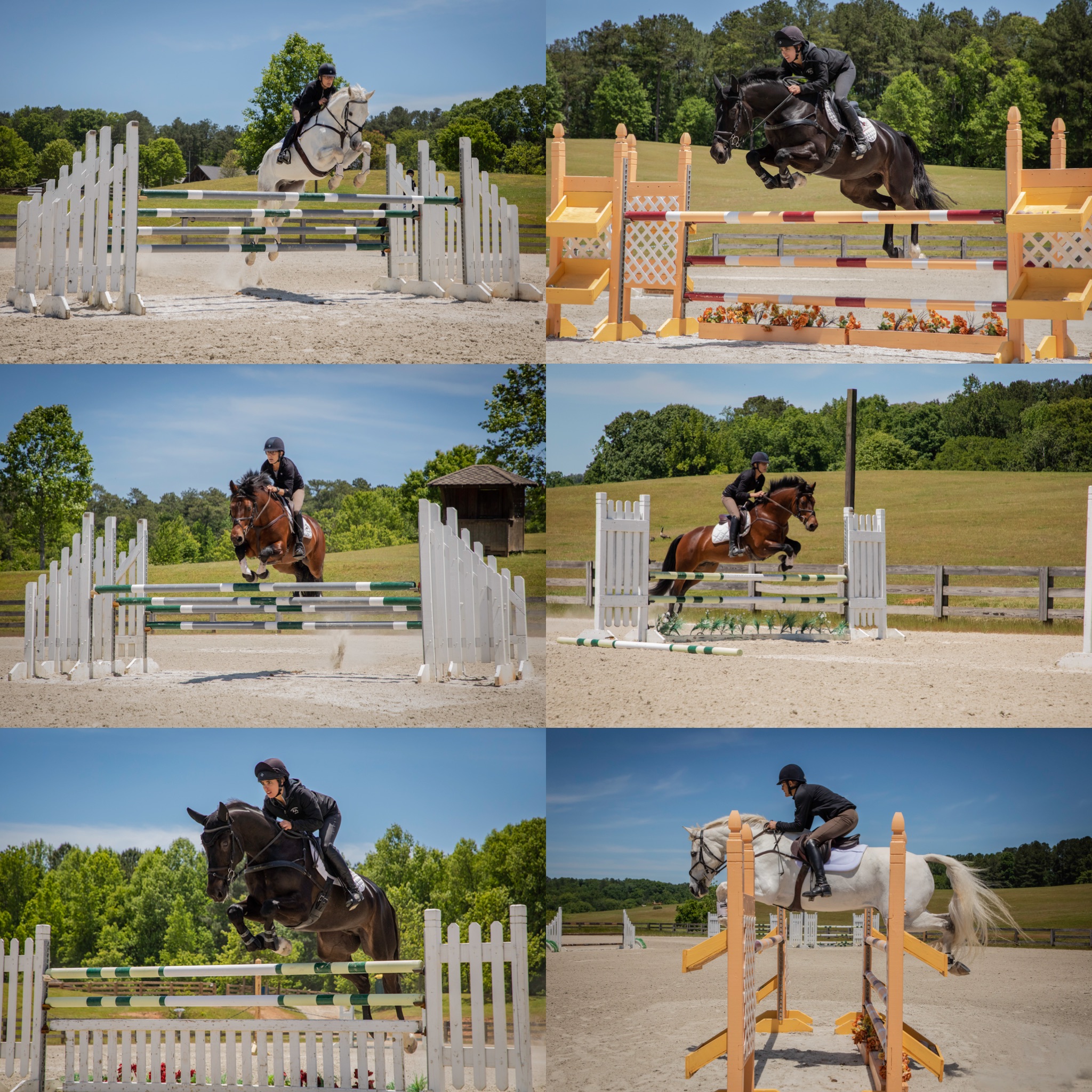 Hidden Creek Horses was established in 2001 by Roger Brown and Donna Miller. After years of searching and hard work, they were able to finally realize what had previously only been something they imagined. In June of 2001, Roger, Donna, Ethan and Devon moved from the "suburbs" to a little piece of paradise.

Hidden Creek Horses specializes in Connemara ponies and larger Connemara crosses bred for any discipline but with emphasis on Eventing.  We therefore choose ponies/horses with excellent conformation, gaits and athleticism.

We have been involved with the breed since 1996 when we purchased No Secrets, a half bred by Ian McVeigh. Since that time, we have owned various part and  purebreds.  In 2006 we decided to import our Stallion, *ArdCeltic Art. Our model was to develop Art as a performance pony before breeding our own sport horses. Art exceeded all expectations and in four years developed from an unbroke three year old into a very competitive dressage and eventing stallion, competing and winning at 4th level dressage and Intermediate Eventing. He won numerous ACPS and national awards and is recognized throughout the world for his accomplishments.

After we lost Art in 2013 we searched all over Ireland and France for the right stallion prospect.  There were many that were very tempting but in 2019 we decided on *Coud'Poker (Cooper) and have never looked back.

Coud'Poker is a lovely model with the kindest most giving temperament.  He arrived as a 7 year old having never been backed and in a year was competing Preliminary eventing.  A tribute to his trainability and work ethic. In 2021 he won the very prestigious ACPS/USEF Horse of the Year McKenna Trophy as the highest ranked Connemara (purebred or partbred) in the nation at Modified through Advanced level Eventing.  He also made it possible for his rider, Donna Miller to win Area III Master Amatuer of the year at Modified level as well as Nationally ranked second in the nation at that level.

In 2020 the vision to breed a stallion quality N/N Art colt was realized when Jocelyn Davies (Devon Ridge Farm Canada) bred the lovely colt Devon Ridge Oliver Art.   He is named in part after Art's breeder Oliver Rogan.  Oliver joined Hidden Creek Horses in the Spring of 2021 and we are absolutely thrilled with everything about him.

We are always looking for superbly bred Connemara stallion prospects and in 2021 came across one bred by Danielle Hooten of Dublin Ireland.  The then 6 year old buckskin half connemara stallion, Machno Fear Dun, by the famous Welsch show jumping stallion Machno Carwyn, so impressed us that we had to have him.  He will be making his way to the  US in February 2022.  We look forward to producing him and seeing what amazing foals he will sire.

Above photo: Art and Roger out for a stroll at Poplar Place Farm Area III Championships.