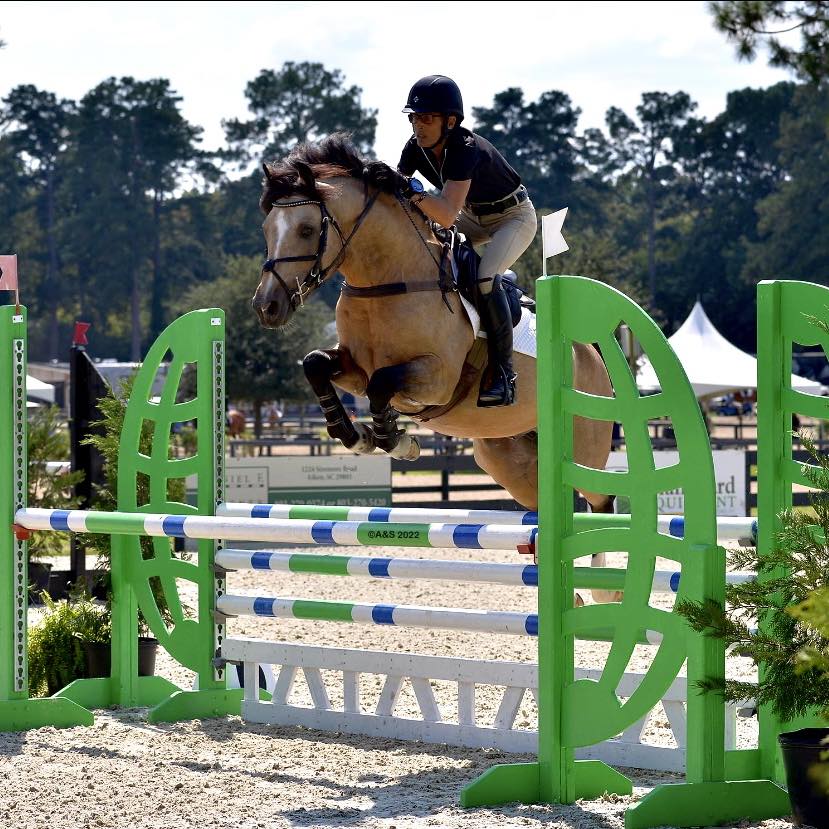 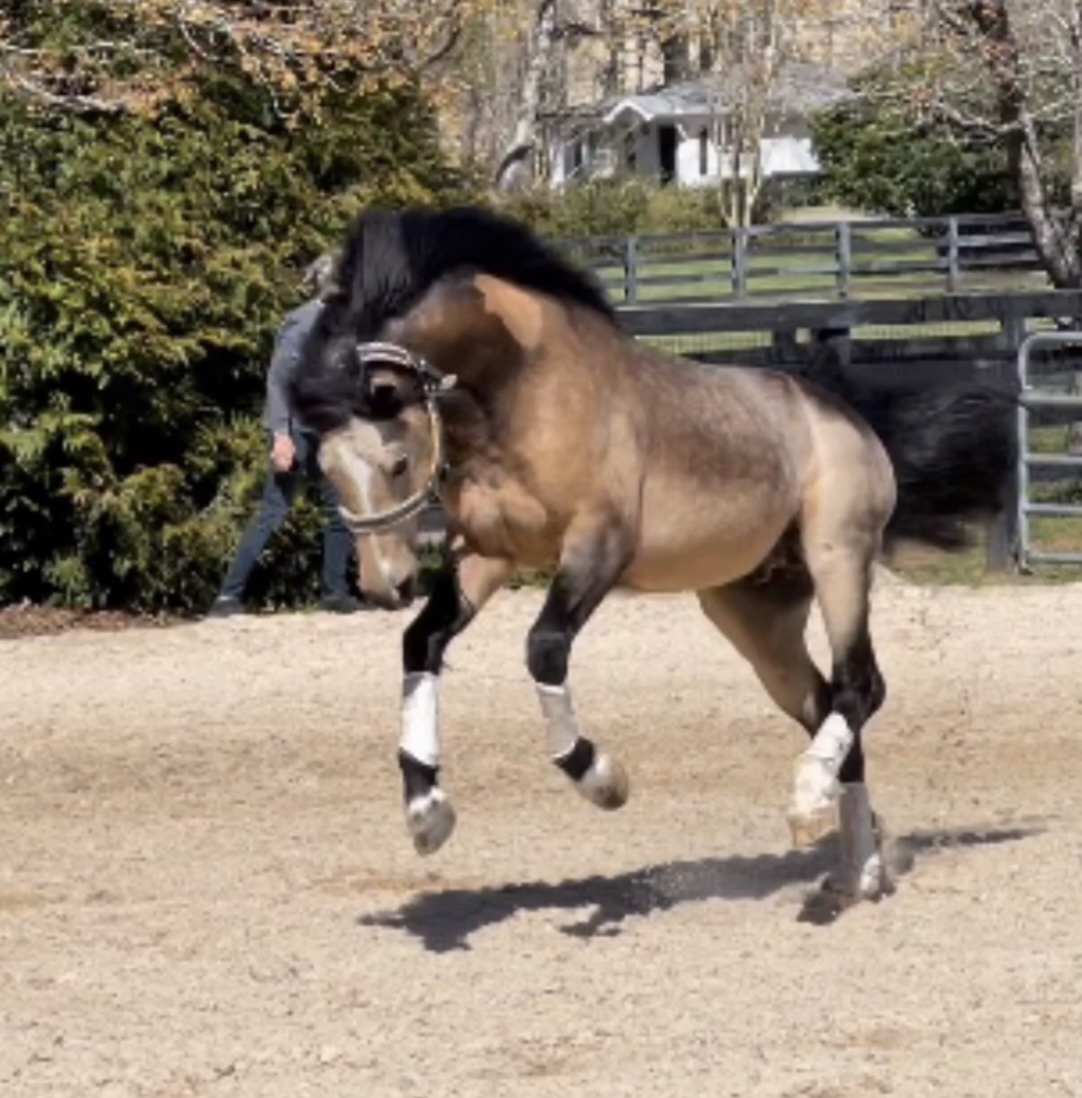 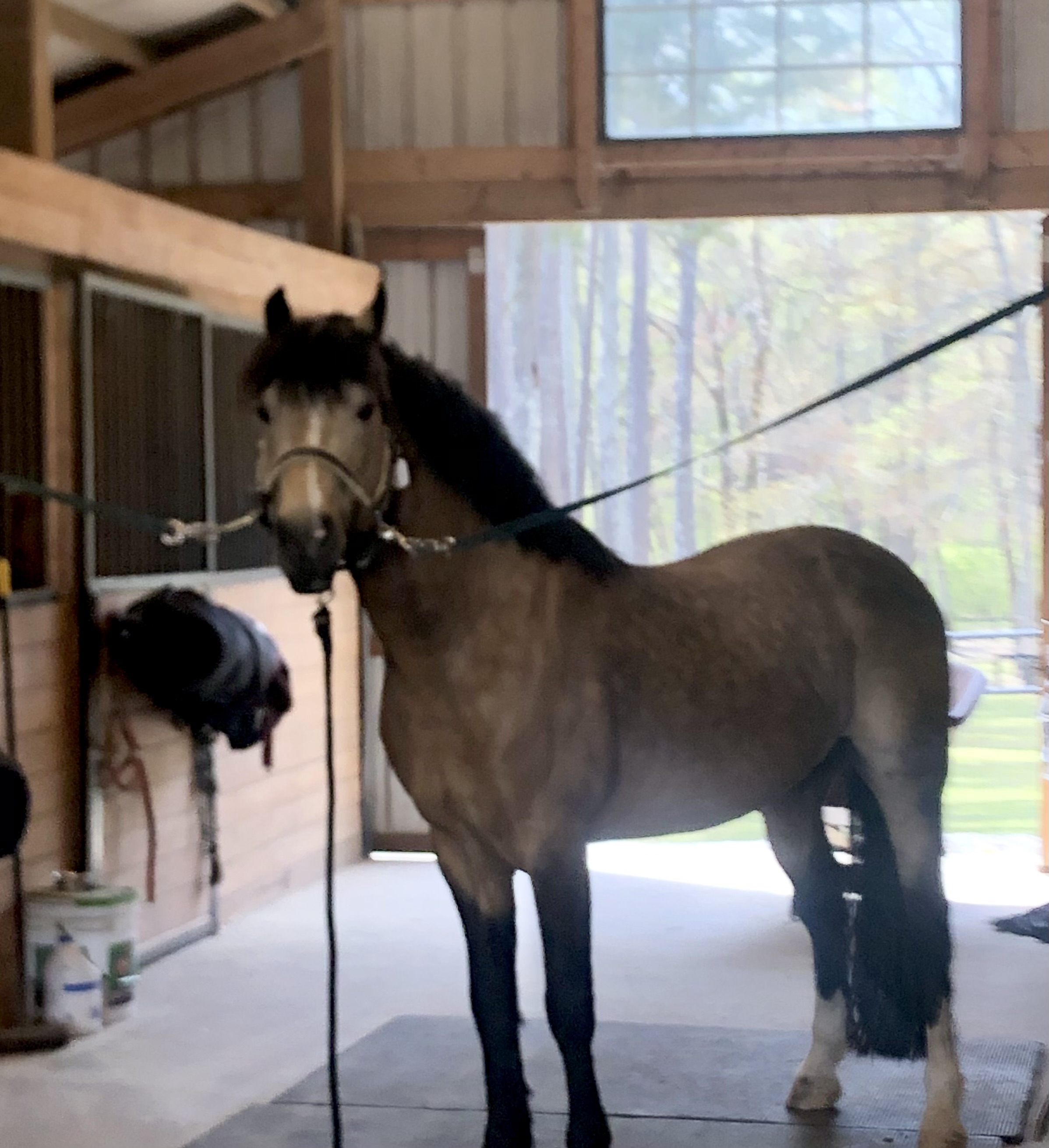 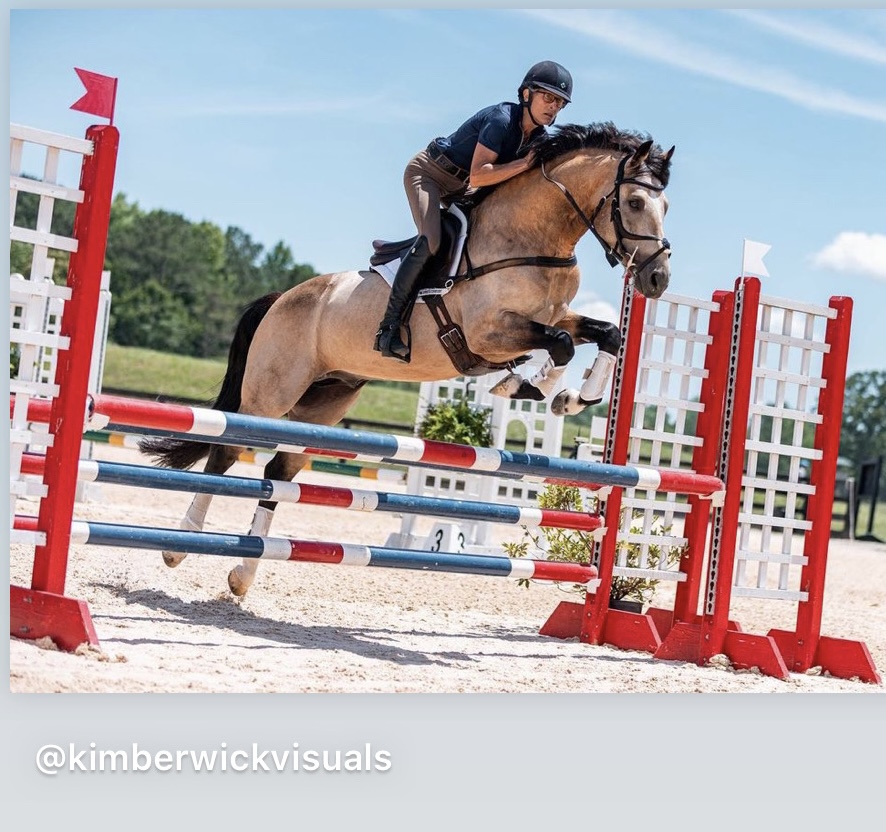 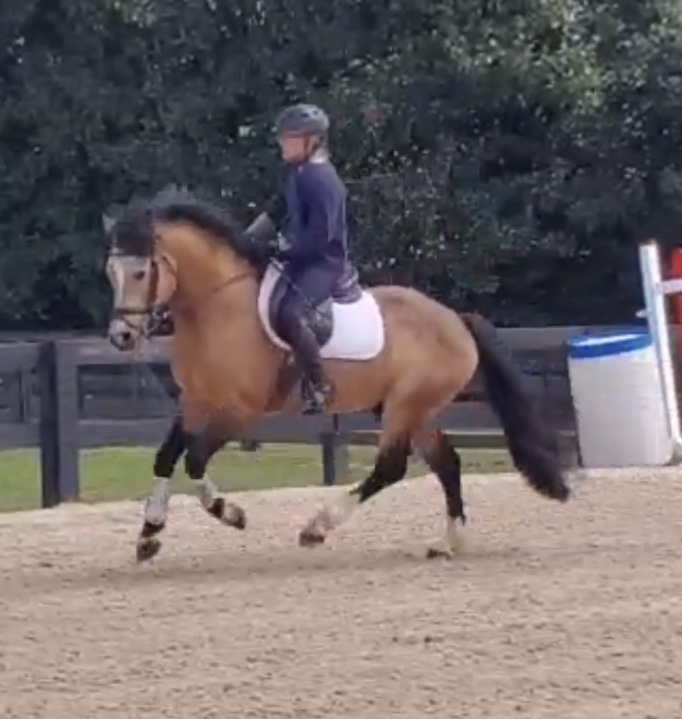 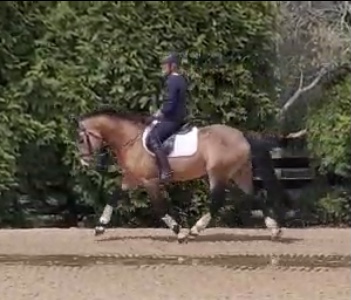 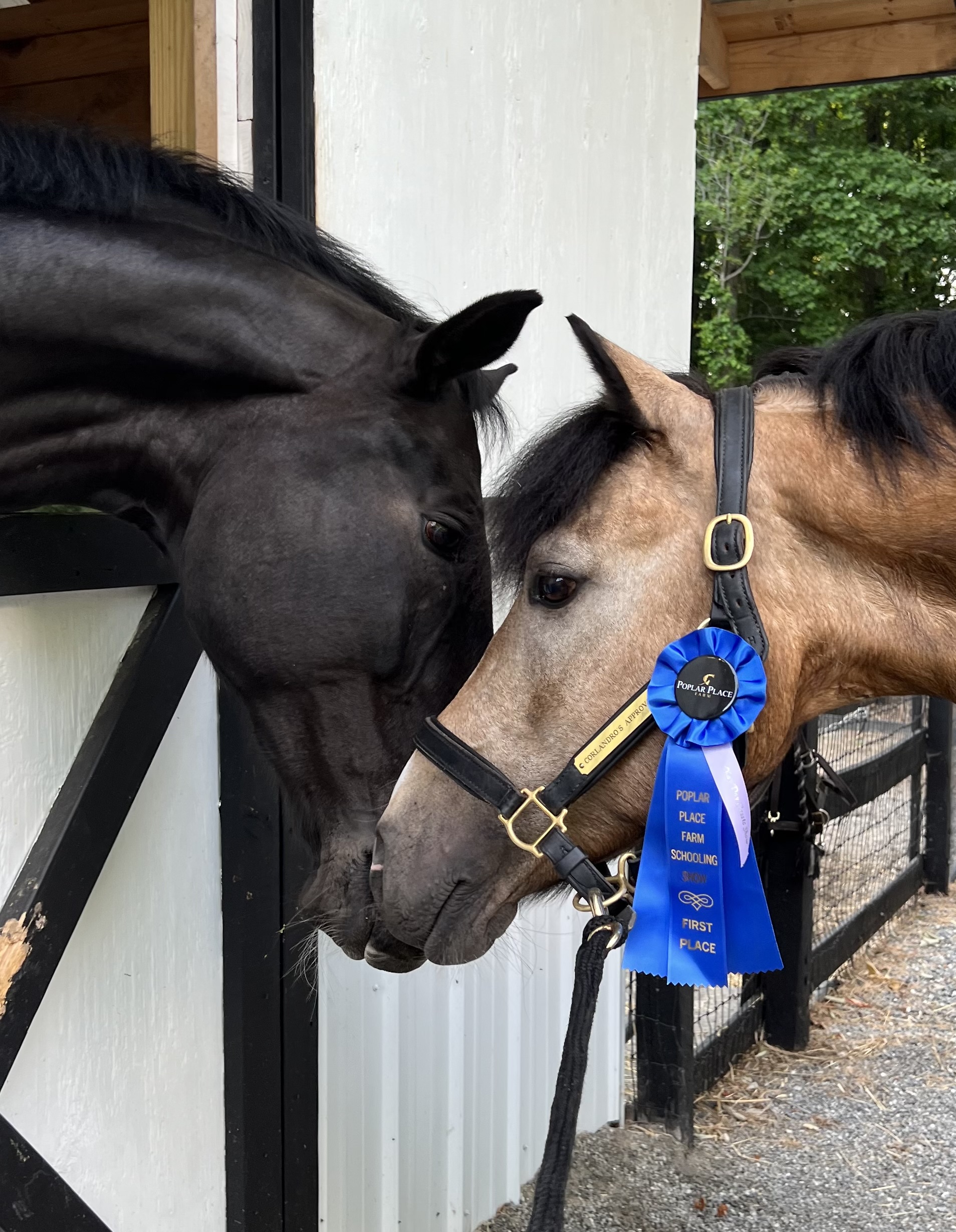 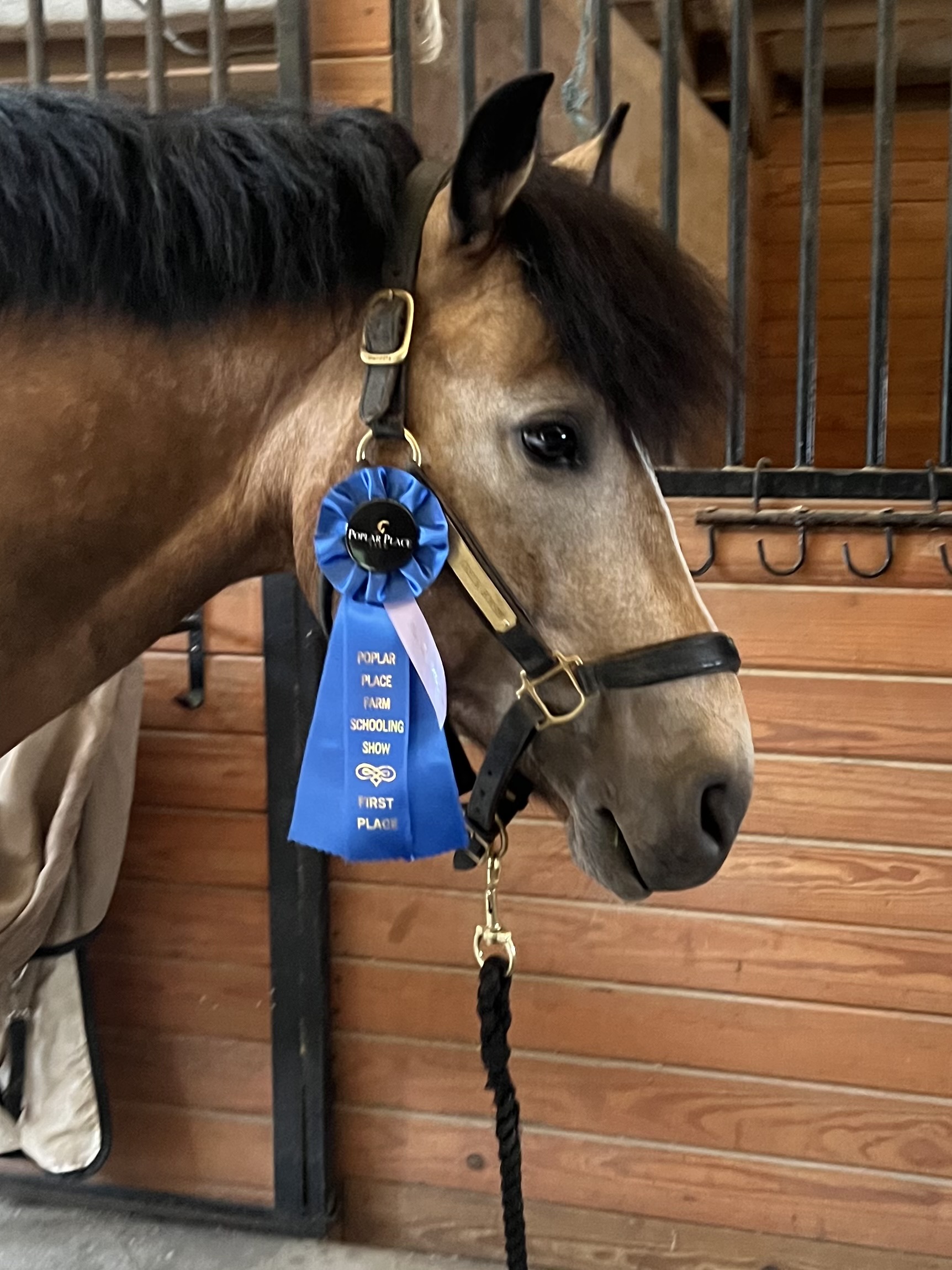 Marco out XC schooling May 2022 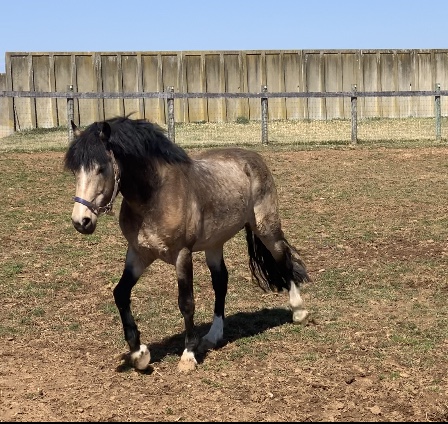 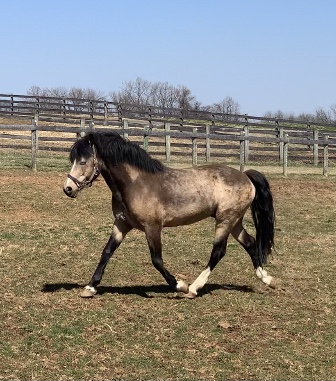 Video of Marco just after his arrival home 26 March 2022

Machno Fear Dun (Marco) is a superbly bred Irish Sport Pony by the famous Grand Prix Show Jumping stallion Machno Carwyn and out of an impeccably bred Connemara mare.  Marco combines the best of the best and and was bred by Danielle Hooton of OMS Ponies in Ireland.

He has very successfully started his Eventing career having placed in the top three at each of his outings at Beginner Novice.  His last outing at Poplar Place Farm was for the win in the Open Beginner Novice division.

Marco's Sire:  Machno Carwyn has been one of the most successful show jumping ponies in Europe with more than 200 official placings; 130 of which in international competitions. He won more than 50 classes, including 7 inter-national Grand Prix. 2 European Gold medals; 4 Swiss Gold medals and a Bronze medal in the Swiss national championships.  Machno Carwyn has also been the leading sire of show jumping ponies in France for many years.  He was leading sire of young ponies in France from 2015 - 2018 and has been in the top 5 sires since 2009.  Link to Machno Carwyn Facebook page

Marco's Dam - Mo Chuisle Ceo has a pedigree chock full of who's who in Connemara breeding.  Her sire, Templebready Fear Bui has sired countless performance ponies and horses who especially excel in Eventing.  Her dam sire Monaghanstown Fred has also produced countless performance ponies as well as being known as a a influential broodmare sire. Link to Templebready Fear Bui FB page. Pedigree Machno Fear Dun

All foals will be registerable as Connemara Sport Horses

Video of Marco in Ireland before shipping to US